From being obscure technical components to helping create a whole ecosystem that is at the heart of nearly all commerce and business today, APIs have come a long way. We inhabit an app-dependent world, and those apps in turn depend on APIs – application programming interfaces. APIs are the magic glue that connects to integrate varied business processes and systems. This network of API providers, consumers and end users, collectively called the API ecosystem, grew in fits and starts. The earliest web APIs, that came into being in the early 2000s, worked to connect nearly anything and everything to the Internet.

Going further, it was the arrival of the connected and capable smartphone device that brought in a tectonic shift to cloud architecture and modular software development – the piecemeal approach like putting together a wide array of lego blocks that were APIs – that combined in different ways to make different processes happen. Modularity in software development meant that everybody did not have to build everything from scratch, while the shift to cloud enabled developers to build their apps on top of what was available on the cloud.These two developments led to more and more firms opening up their services and data to others by isolating a small part of their offering and exposing it as an API. What is more, if a software had, say, ten features, APIs made it possible for a firm to provide access to only specific features.In fact today, there are many developers who only focus on building workflows by combining APIs and there are integration companies that primarily put together public API blocks.

Clearly, there is something in it for everybody in the system. 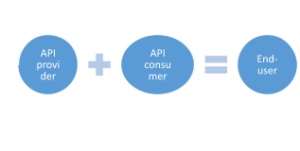 The primary consumers of APIs are the developers of apps and solutions and their benefits are obvious: APIs provide them with ready-made solutions. Thus, for drawing a map and adding routing functionality, a developer can directly use the Google Maps API, paying Google to use it. In fact, companies like Google, Amazon, and Twitter create their own APIs to make developers’ lives easier letting them benefit from technologies that would otherwise take huge resources to develop, typically tech such as ML algorithms, complex image recognition software or online maps. Why build when you can buy?

Therefore, the end users are the ultimate beneficiaries of APIs, given that lifestyles have become app dependent across the world.

API providers: There are several models

What is in it for makers of APIs? There are several models for monetizing APIs. In most cases the API developer (the consumer) pays, but there are also models where the API developers get paid.

The subscription model is straightforward, where developers sign up for a subscription, and pay on a monthly or annual basis. However, the success of the subscription model depends on how well the long term value proposition of the APIs are established. Which is why usually API providers also provide ‘sandboxes’, or ‘controlled and sealed environments’ for their developers to experiment and test their functionalities before signing up. There are different models too. The freemium models offer basic functionality for free, and charge for more advanced functionality. The pay-as-you-go, points-based, and usage-based models let developers pay only for what they use. Transaction-fee models are known to be used in payment gateways, where the API consumer pays a fixed fee for each transaction made by end users.

In the models where an API developer (consumer) gets paid, revenue-sharing is popular, usually where the API provider also offers advertising as part of their platform; thus if the app developer is able to attract revenue for the API provider, the latter would share a part of it with the API consumer.

API producers have also morphed into API platforms. A well-known example of an API platform is the Apple Store. After holding it as a walled garden for a few years, Apple took a strategic decision to allow third-parties to offer goods in the same space that it was in. The decision was considered bold since Apple had for a long while held an iron grip on restricting all development to only in-house use, and was a marked deviation in strategy. The fallouts have been positive, as we now have a flourishing iOS platform with thousands of great apps available today, which is definitely not possible to be built by a single company with in-house talent, even if it is as big as Apple.

Compared to other sectors, the banking, financial services, and insurance (BFSI) sector has been relatively slow to embrace the power of APIs and Open Banking. Open Banking is the enablement of open APIs for third-party developers to build applications and services around the core offerings of financial institutions. This is partly cultural because they often tended to view APIs as a “technology service” and not as a “business product”. The API possibilities are bigger than what they appear, and banks need to be clear about their asset inventory before deciding on what data and services to expose. It is indeed a tough, strategic call to make.

Broadly, there are two types of APIs: data APIs and transaction APIs. Banks sit on huge amounts of data, clearly their biggest asset. However, when it comes to information distribution, they are still old fashioned, as they are mired in a million reports, with limited possibilities to innovate or improve. In a digital world, data APIs are the way to go. While there is money to be made from monetizing data, it also requires a deep understanding of one’s data assets and a careful hold on it.

Overall, APIs also greatly enhance banks’ service and product offerings. We are now witnessing what is termed as ‘contextual banking’, in which a bank has to accommodate the customer’s financial activities and systems – a huge role-reversal from current models. There are many possibilities here: for one, APIs can be a very effective delivery channel by themselves. Another way could be to engage with fintechs who can amplify a bank’s services and attract more clients and businesses. Yet another possibility is reselling, where a bank can bundle external services with its own offerings to deliver best of breed products in partnership mode. A kind of buffet for the discerning customer to choose from.

With their traditional businesses of lending and investing taking a beating, API platforms and Open Banking seem to be timely opportunities for banks to cash in. As always, who dares wins, and who persists, lasts. A for API APIs: the magic glue that connects islands of data and unwraps new possibilities for businesses. The banking, Read more Why banks must warm up to APIs? The World of APIs